DWI (driving while intoxicated) also known as DUI (driving under the influence) refers to the criminal law offense of operating a vehicle while under the influence of alcohol, drugs or narcotics. Some states use the term driving while impaired while others use the term operating while intoxicated (OWI). There may be slight differences in interpretations of DWI and DUI where in some jurisdictions the latter means that the driver had a lower level of intoxication than a DWI. 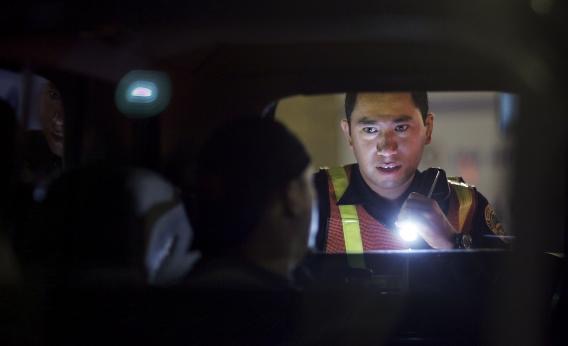 Being a criminal charge, a person charged with DWI is considered innocent until proven guilty, even if that person has been arrested for underage drinking. Once proven guilty (often after a jury trial or through the defendant’s own plea), the penalty will vary depending on state law, the defendant’s cooperation with the police as well as any other circumstances.

In a majority of states, a first offense DWI often results in an automatic suspension of the violator’s license. The length of suspension varies from one state to another but will range from 45 days to one year. Refusal to take a breath, blood or urine test can lead to a license suspension and penalties regardless of the finding of guilt. Some states will even cancel the car’s registration or confiscate the car, either temporarily or permanently. Offenders may also be required to install ignition interlocks that can analyze the driver’s breath and only unlock the ignition if the driver is within preset alcohol level limits.

First-time offenders may also face possible jail time of up to six months. However, jail time may be increased under certain circumstances such as very high blood-alcohol content (BAC) levels. Subsequent offenses will result in longer jail terms of several months to a year. In the case of a DWI arrest that has been classified as a felony, either because it’s the driver’s third or fourth DWI or because the driver injured or killed someone- it’s likely that the violator will face several years in jail. Similarly, jail times are dependent on factors such as the facts of the case, state law and the judge’s discretion at trial. More serious offenses will require that you work with an attorney with expertise in this field. Searching online for a NJ DWI defense attorney will provide you with a large list of qualified candidates in that state to choose from. Be sure to thoroughly check your reviews to find the best drunk driving lawyers near you.

In addition to license suspension and jail sentences, courts can also impose high fines for DWI charges. Fines may range from about $500 to as much as $2000.

Several states’ court sentences may include alternative forms of punishment such as treatment for alcohol abuse or community service, especially if charged with a higher level crime such as manslaughter or aggravated DUI. The judge may recommend such punishments either in addition to or instead of paying fines or jail time.